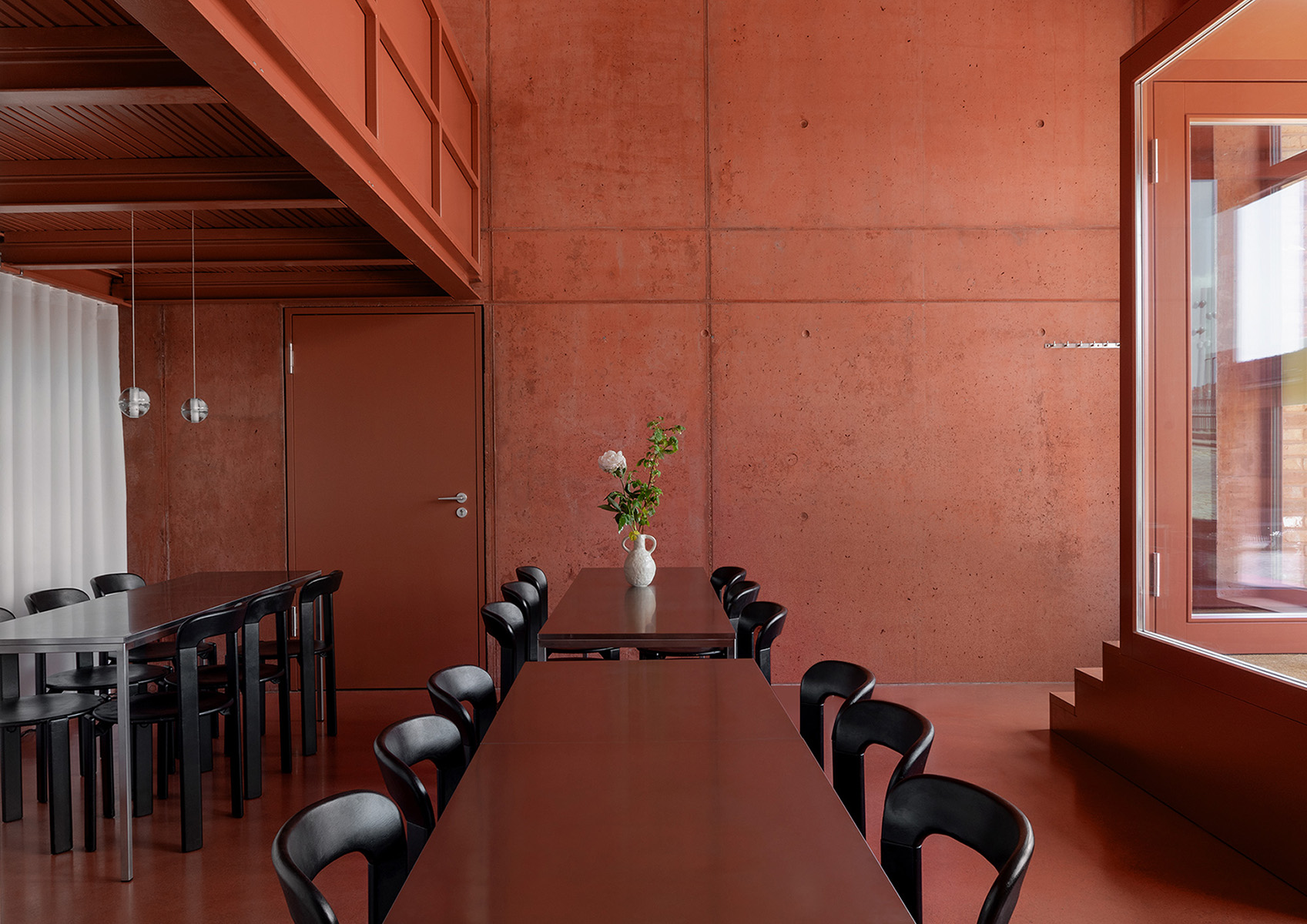 This Berlin Restaurant Proves How Much Color Can Define a Space

We're featuring these photos because Lok6 boasts a new interiors concept by the Berlin-based duo Various Objects, but in fact the images show how minimal an intervention is necessary when color is the absolute star of a space. Nearly every photo is suffused with a kind of late-day warmth that arises from the restaurant's foundational materials — brick-red pigmented reinforced concrete, and structural steel that's been powder-coated to match.
More 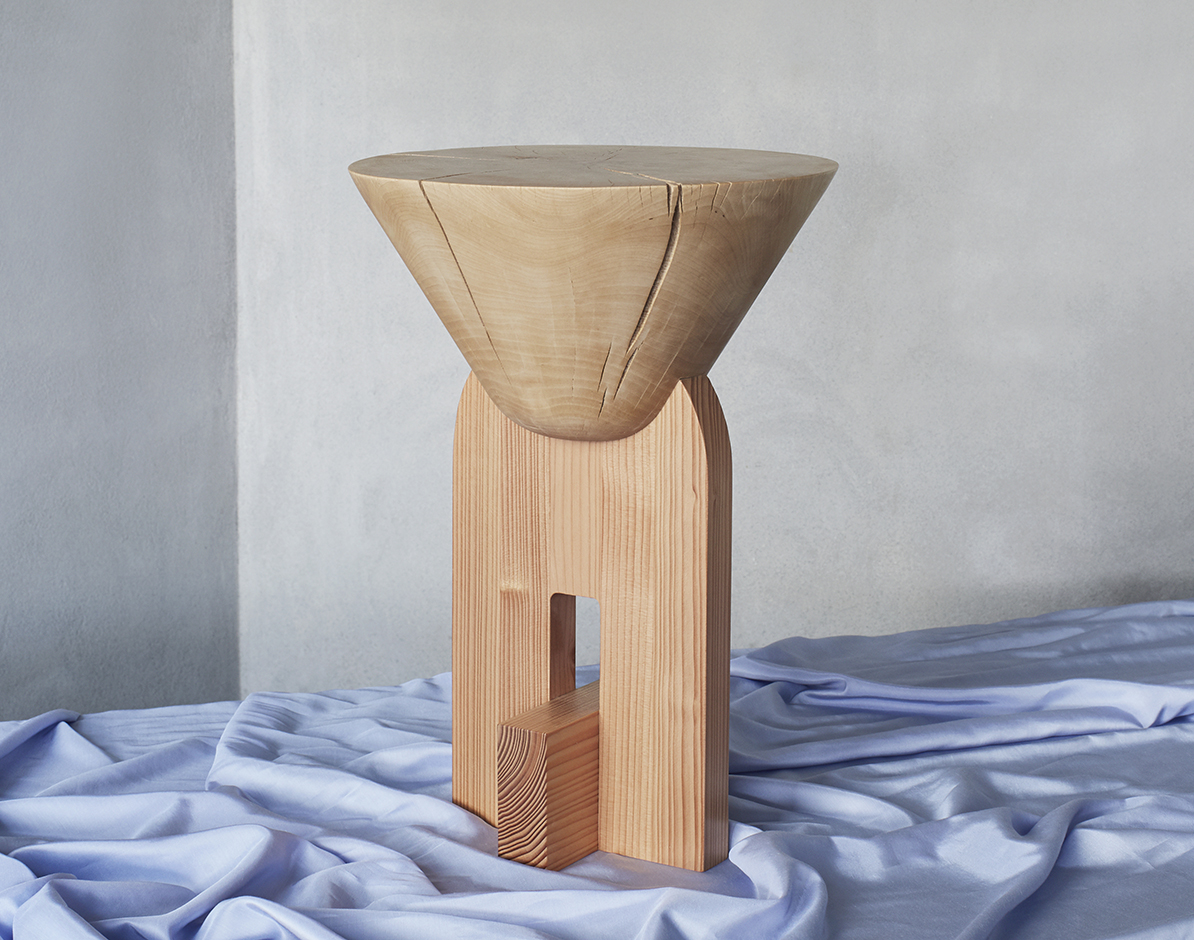 A weekly Saturday recap to share with you our favorite links, discoveries, exhibitions, and more from the past seven days. This week: an explosion of color in our current must-see art exhibitions, an affordable new housewares series by Philippe Malouin, and four very different takes on wooden furniture, including the table above.
More 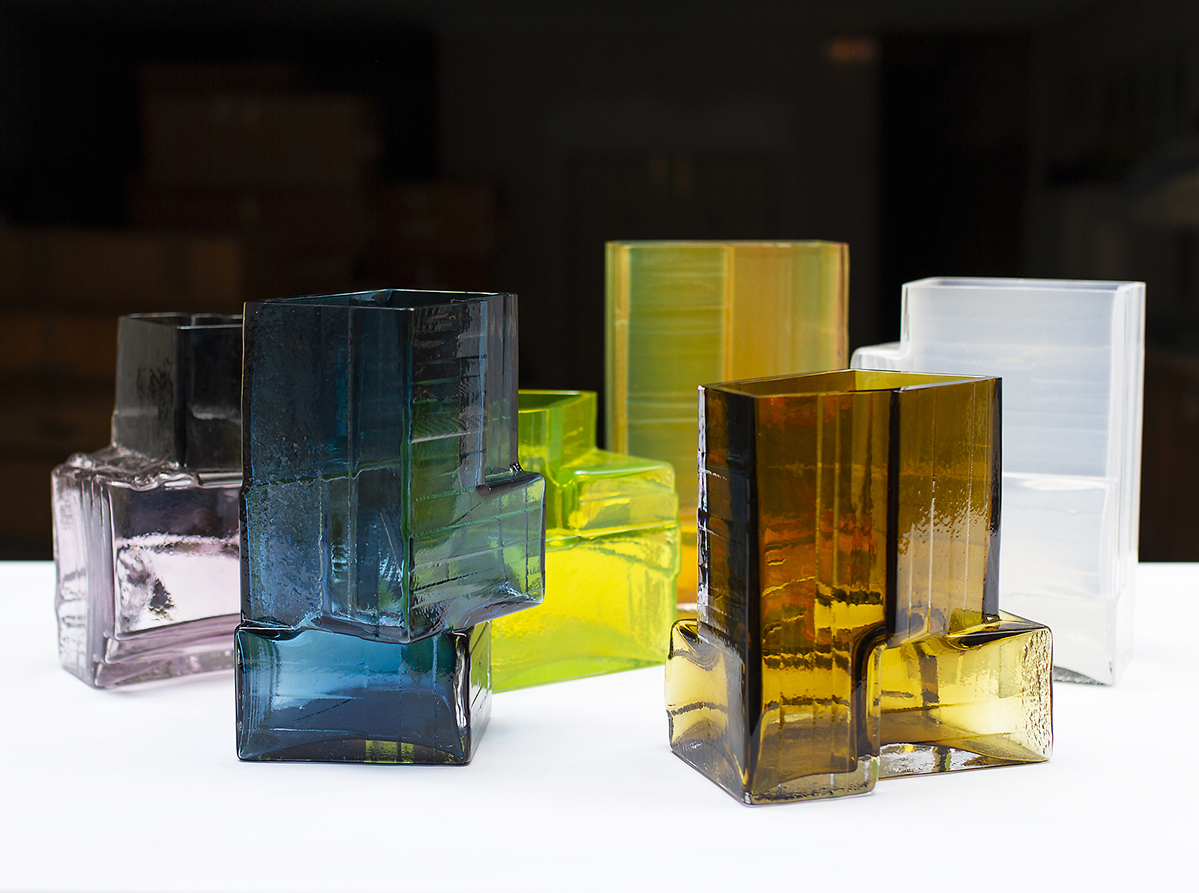 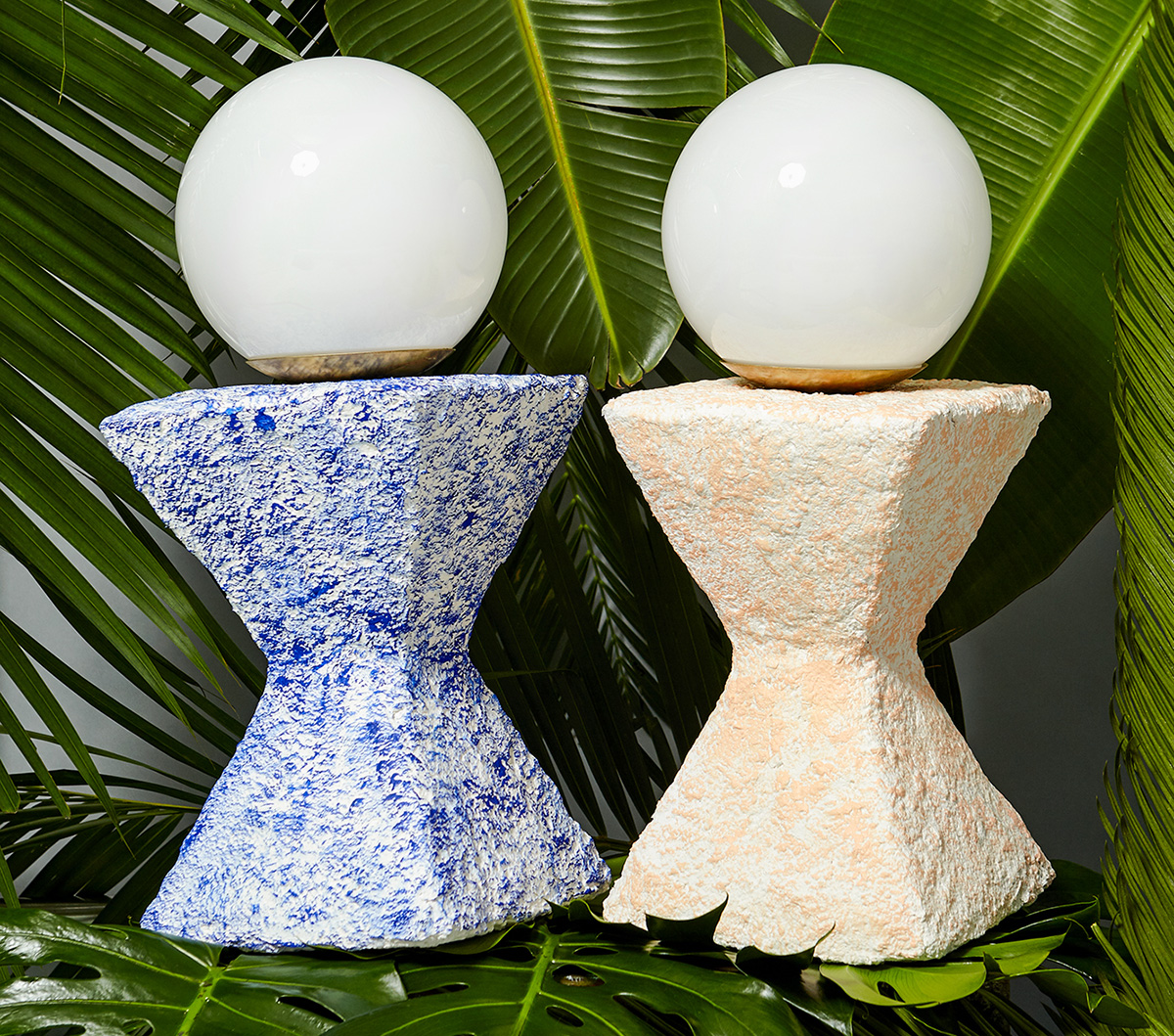 A weekly Saturday recap to share with you our favorite links, discoveries, exhibitions, and more from the past seven days. This week, tracking the trends: pleated lampshades, wavy lights, even more terrazzo bathrooms, as well as hits from Copenhagen's 3 Days of Design.
More

Designer, Painter, Sculptor, Architect — This Parisian Multihyphenate is About To Be Everywhere

The Instagram bio of Paris-based designer Garance Vallée once included the designation “HumanCreativeRomantic;” a quick scroll through her works, and painter, illustrator, jewelry designer, sculptor, and furniture designer could all easily be included as well. Vallée is a quintuple threat who recently completed her master’s degree in architecture and scenography, where she focused on concrete pieces, or what she considers “objects as small architecture.” But whichever medium she’s in, Vallée seems equally at home.
More 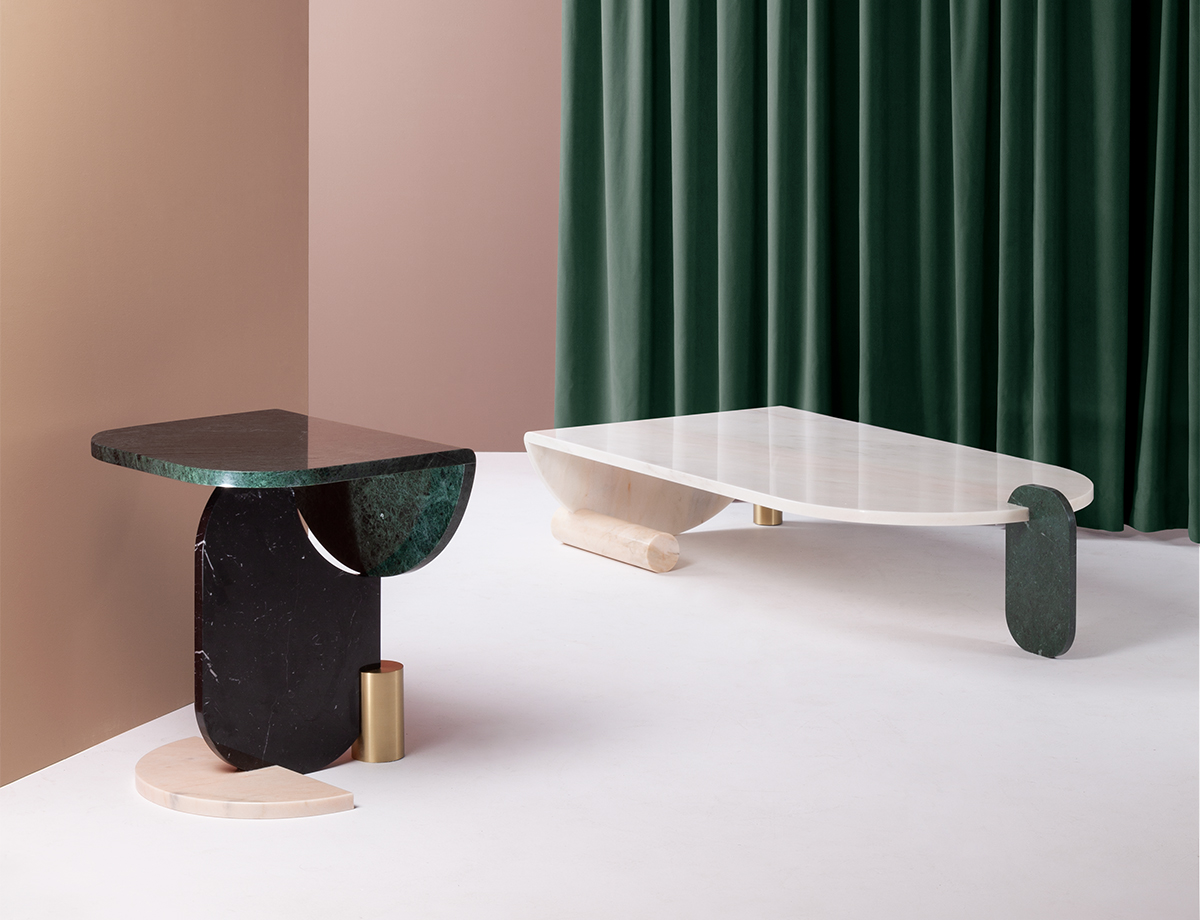 A weekly Saturday recap to share with you our favorite links, discoveries, exhibitions, and more from the past seven days. This week: the American designer having a breakout year, the Portuguese design studios flooding our submissions line, and the iconic Norwegian chair that's being re-released in five new on-trend colors.
More 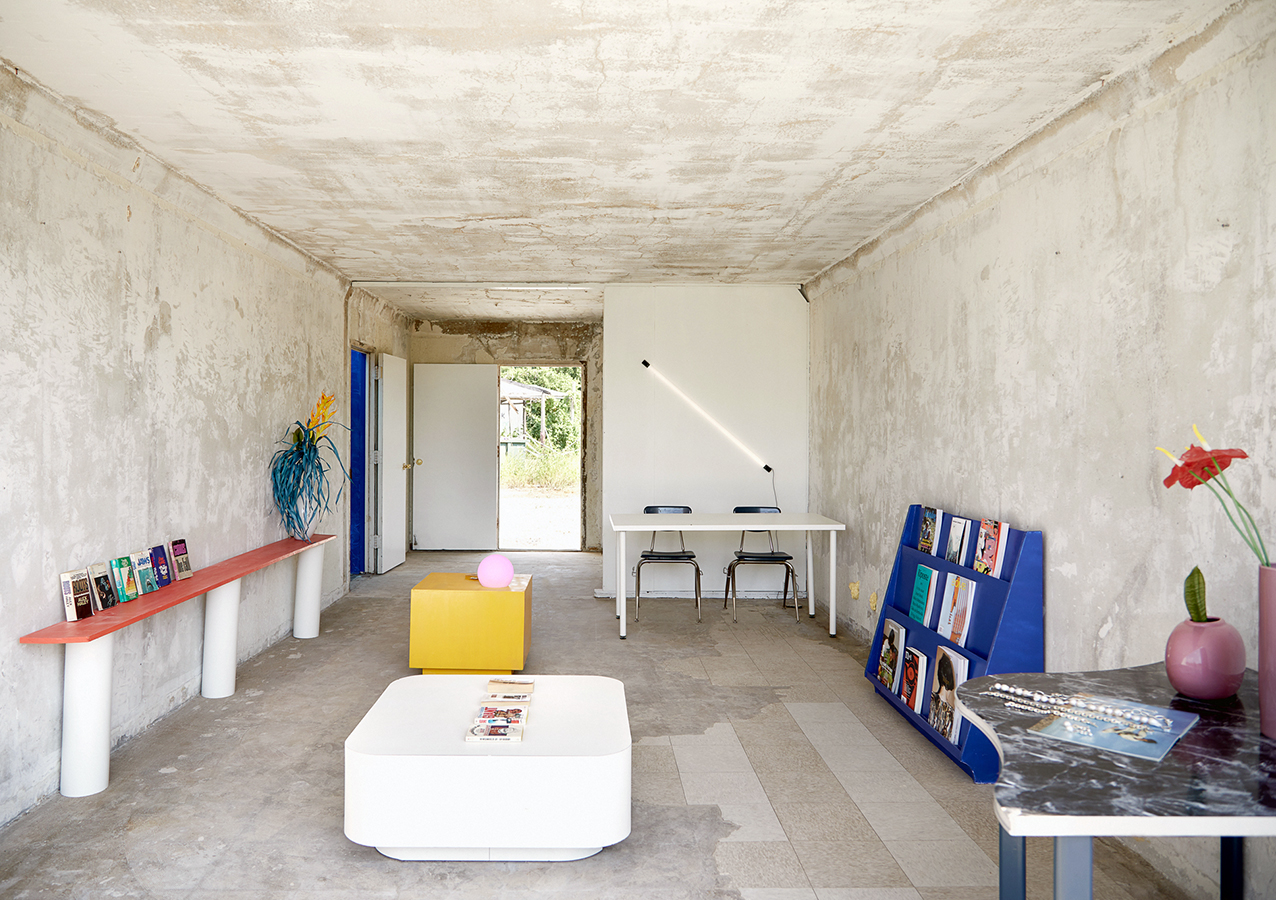 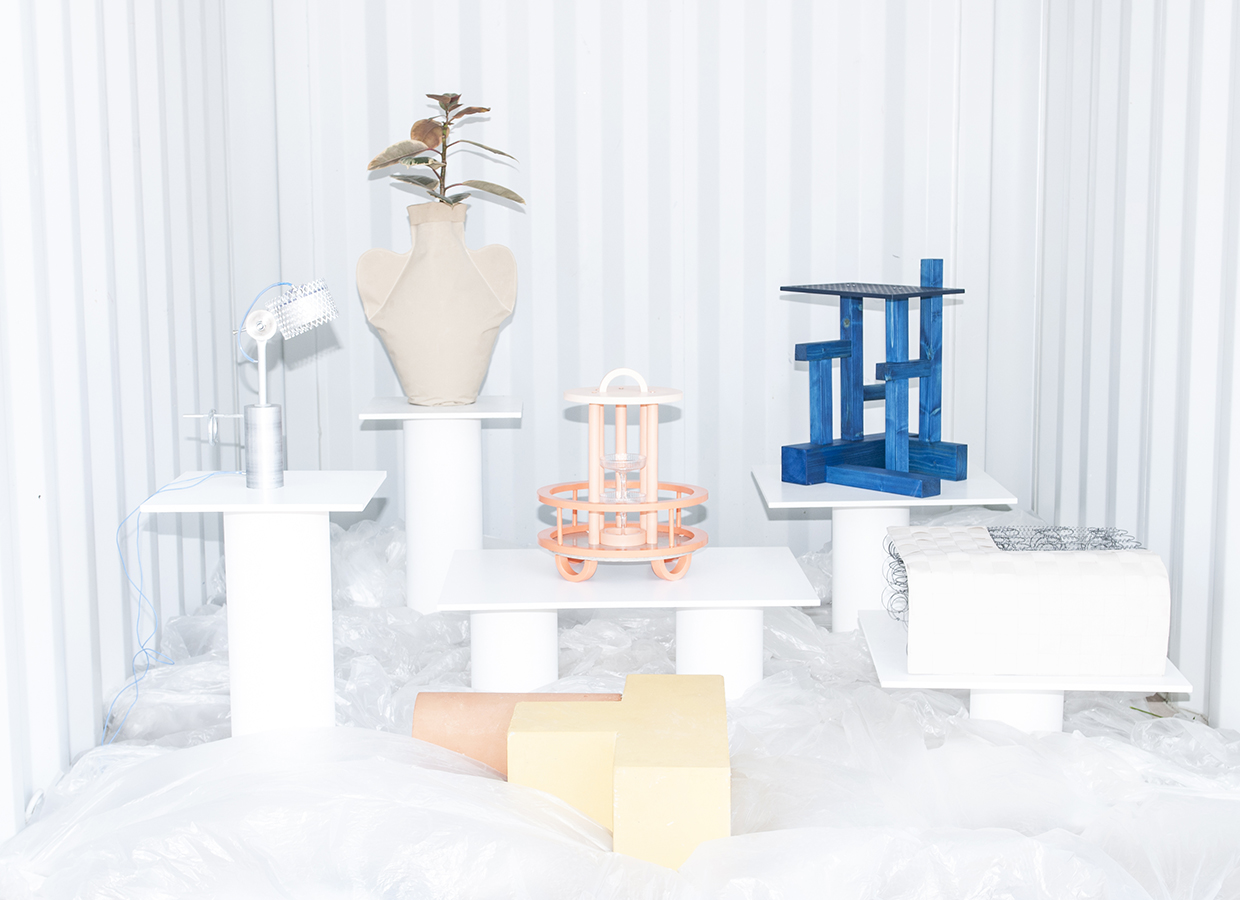 Furniture Made With Everything From Chipboard to Concrete 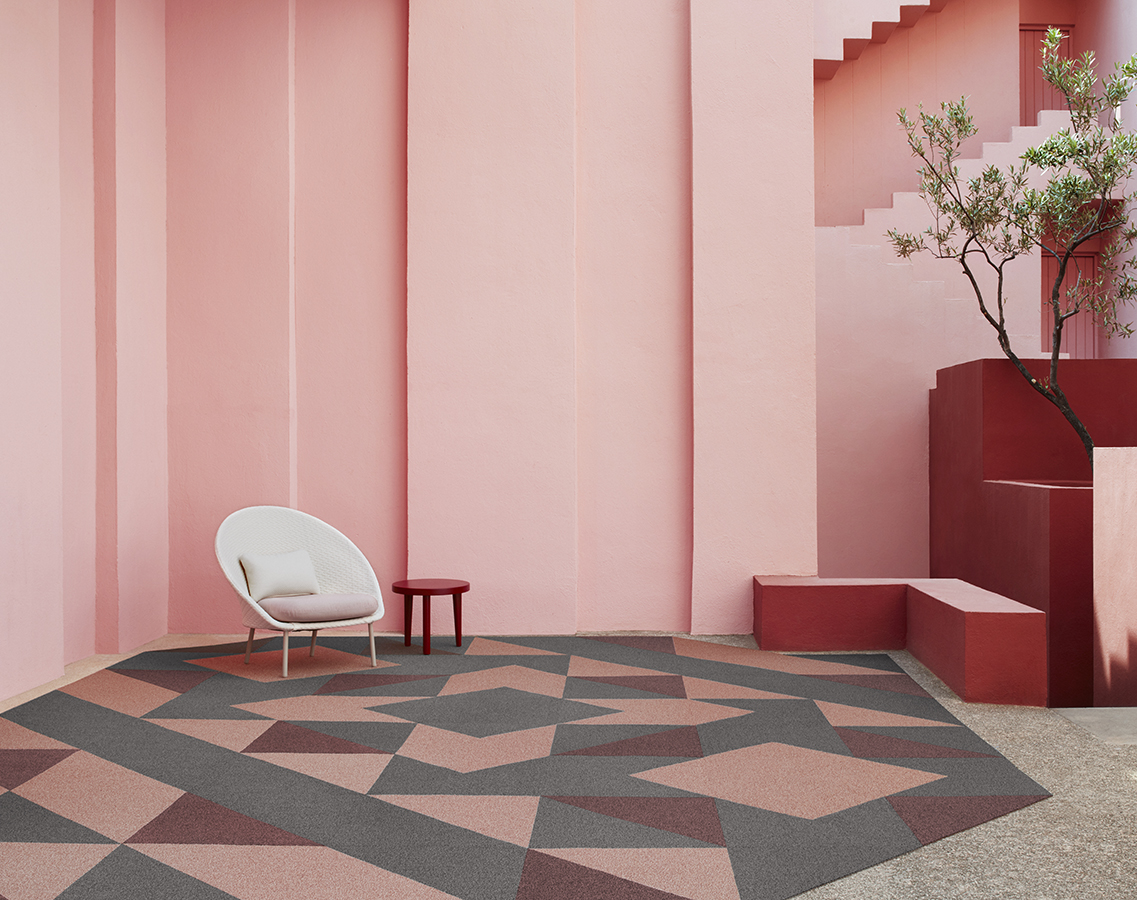 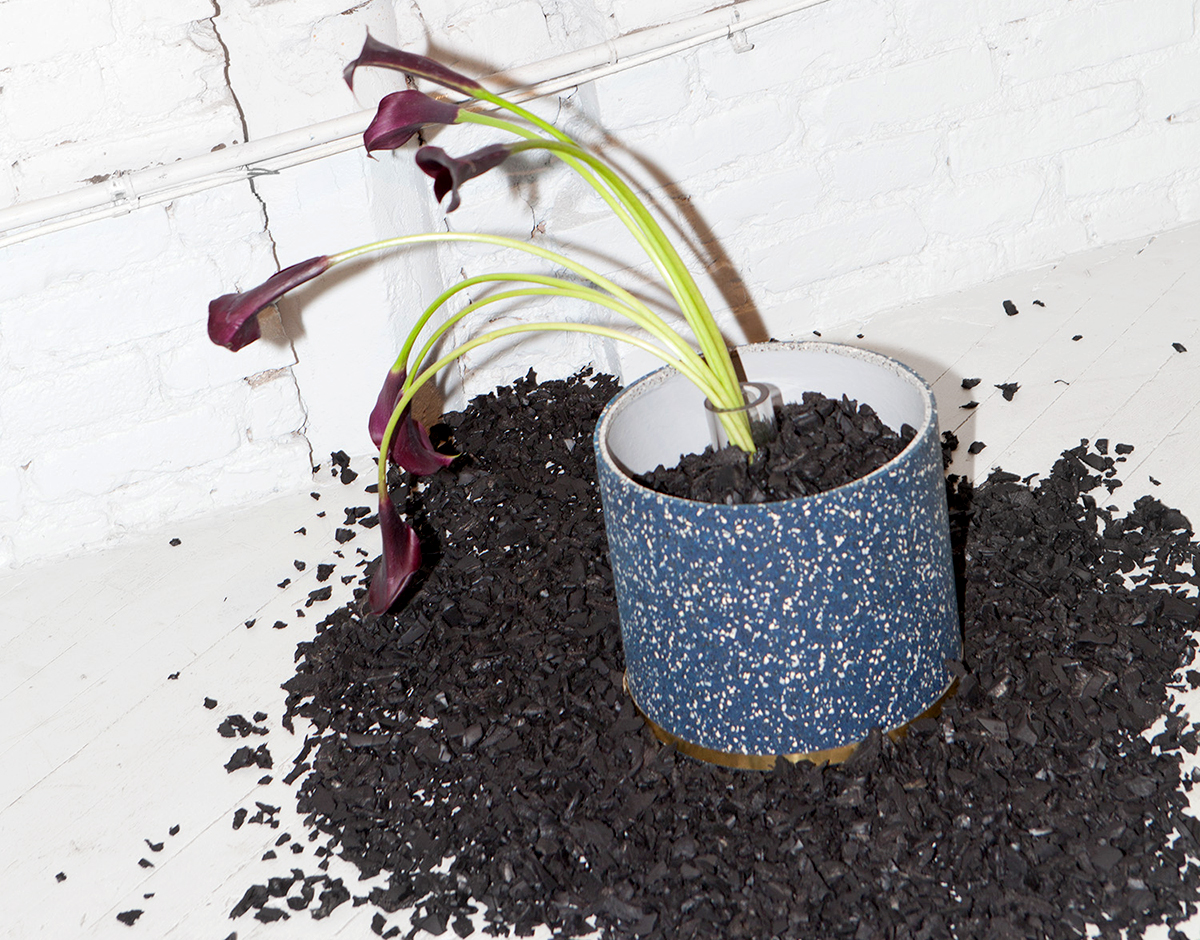 A Japanese “Rock” Garden Made From Recycled Rubber 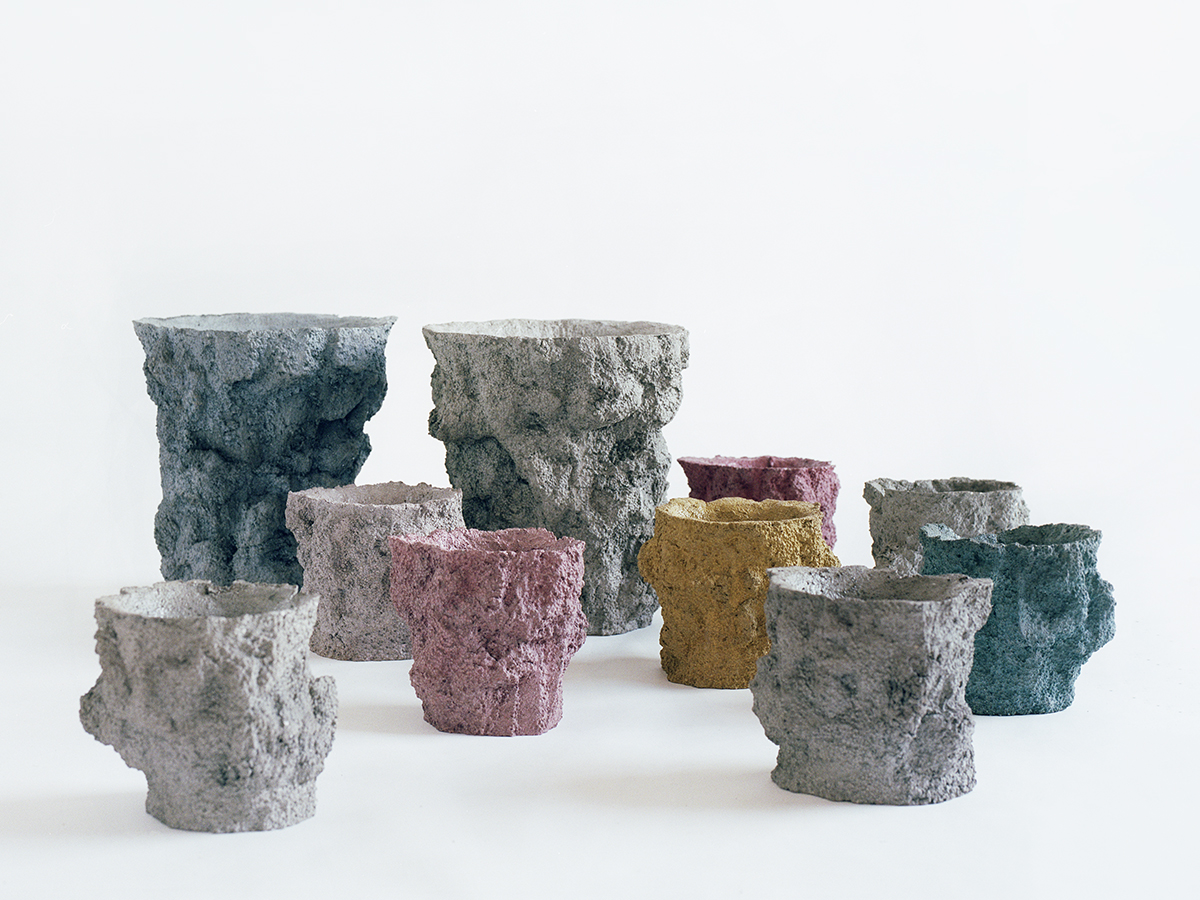 If You Can’t Get a Table at Noma, At Least Now You Can Buy a Piece of the Decor

Talk about the ultimate design karma: Two friends graduate from the design program at The Royal Danish Academy of Fine Arts, conceive two vases in pigmented concrete as Christmas presents for their mothers, and just like that are discovered on Instagram by the designers behind Noma — aka the best restaurant in the world — and commissioned to create three new styles for the restaurant's recently reopened Copenhagen location.
More 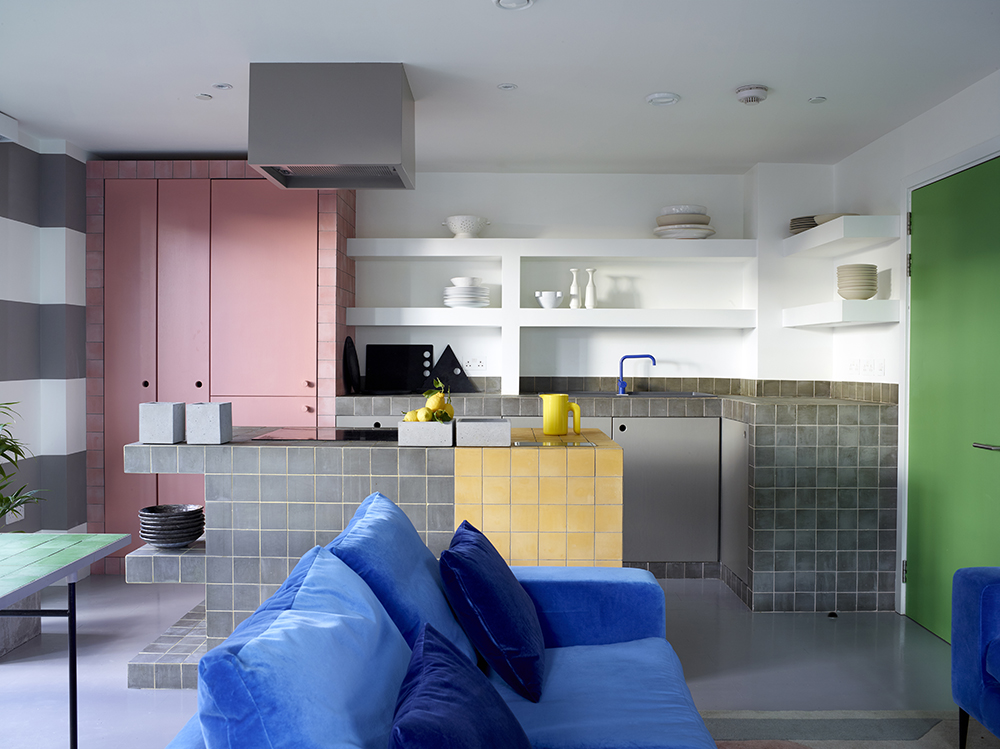 Darkroom founder Rhonda Drakeford recently launched a studio under own name, Studio Rhonda, for which she creates objects, interiors, installations, and even something like public art. Our favorite project is an interior renovation Drakeford undertook in which the 4x4 tile — once relegated to builder-grade status — gets an upgrade by using pigmented concrete, color-blocked and coordinated with the furniture, to create an interior that might be the most fun we've seen this year.
More